Shari Rigby, a former model who represented numerous companies such as Mercedes Benz, Humira, American West Airlines, Suzuki, Blue Cross/Blue Shield and Cox Cable, got her start in acting as a lead in the Dove award winning music video, “Slow Fade,” by Casting Crowns. She also appeared in The Young and the Restless and The Bold and the Beautiful. Her feature films include Not Today which received seven awards including an IFFF Spirit Award and Best Justice Film, October Baby named one of the “Top 15 Impressive Box Office Performances of 2012” by CNN, and leading roles in the upcoming films Boonville Redemption (starring Diane Ladd, Ed Asner), Wildflower (starring Cody Longo and Nathalia Ramos) and The Journalist (starring Sharman Joshi and Stephen Baldwin).

Shari co-wrote her biography, Beautifully Flawed, with Claire Yorita Lee, which was published this past March. Shari recently directed and co-wrote several short films, Birdie’s Song, nominated for 8 awards at the 168 Film Festival and The Church That Never Sleeps for Dream Center. Shari is currently writing 3M’s – Mother, Mother-in-Law and Me,  Ladies Don’t Smoke, and The Women In My World all part of the Beautifully Flawed brand.

Shari is the founder of “The Women In My World,”  a women’s group focusing on identity, purpose, ministry, serving others, mentoring and living life in Hollywood. Shari speaks on these topics and has spoken to over 70,000 people and counting.  Shari’s passion is serving others through The Dream Center, The Salvation Army and The Gary Sinise Foundation. She has worked for the Billy Graham Evangelistic Association and Samaritan’s Purse.

Shari’s greatest gift of all is her family. Shari and her husband, Matt have been married for eighteen years and have been blessed to raise two boys together. 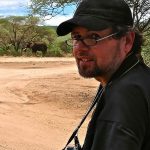 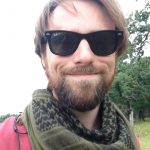