When we received our beta Blackmagic URSA Mini 4.6K and learned that it only had the rolling shutter we were only temporarily disappointed. The first shoot we took it on there was a lot of fast camera movement and yet we couldn’t detect any skew in the image. We’ve gotten a lot of questions about the rolling shutter – specifically if it has been an issue on our shoots and consequently decided to do a more controlled and extreme test.

As the 1st AC for Moai Films, I was asked to conduct a quick test and share my findings with you through our blog.  At the start I considered using a rotary chart to measure the skew in milliseconds, but decided that a visual comparison between the Mini 4.6K and other cameras would best reveal how dramatic the warping is. Also, we’re more interested in seeing the actual artifacts in the image than crunching a bunch of numbers. For this quick test I shot with the URSA Mini 4.6K, URSA 4K, and the Sony A7r II.  We will plan to do another comparison video with the Alexa and Red Dragon soon.  It might sound strange to compare the Mini’s rolling shutter to the URSA’s global shutter but since the skew has been undetectable in our live action footage, we wanted to see just how well it could hold up.

Here’s a clip from all three camera’s with slow pans and whip pans. Let us know your thoughts!

As expected the A7rII turns our chart into a wavy mess while the URSA 4K shows off the power of Global Shutter by maintaining perfect straight lines. The Mini 4.6K’s rolling shutter does present some skewing in this test but it seems much less pronounced than your typical rolling shutter camera. However, there is enough skewing present to make it an issue for specific situations such as whip pans, muzzle flashes or a fast moving subject with strong vertical lines. Yet, the effect is relatively minor. 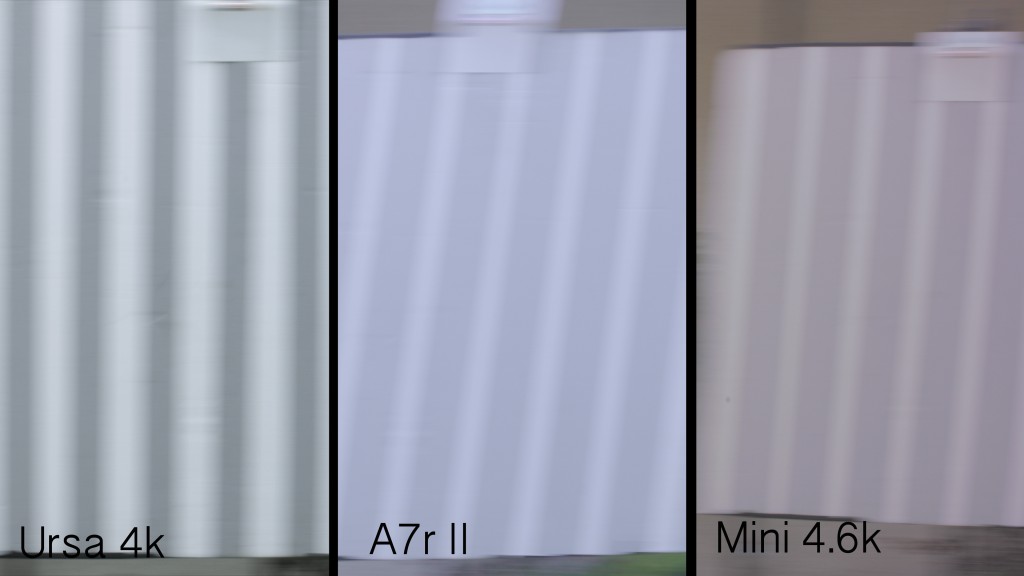 Our cinematographer, Lukas Colombo, threw himself down a snowy hill with the URSA Mini 4.6K in hand to capture the shot below. There’s tons of shaking and movement in the camera and yet there’s no apparent jello-ing or skew…even in the lines of the tree trunks. From this “real world” footage, it’s clear that the rolling shutter will hold up even in extreme applications.

We would love to hear your thoughts and first impressions or suggestions for further testing! 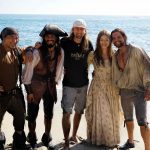