Los Angeles – January 15, 2014.  Revolution Media and Moai Films are pleased to announce the premiere of their debut film, I Love You, in the first quarter of 2014.

Director Lukas Colombo’s freshman film is the redemptive story of a man who denies all he has in pursuit of bigger and better things, an exploration of the age-old question, “Is the grass really greener on the other side?”  As he approaches 30, James Mutch questions whether his loving family, faithful girlfriend, and solid job truly fulfill him.  At the urging of one of his oldest friends, James makes a bold move — cashing in his inheritance and leaving the family business.   While he revels in his freedom and his sudden riches, he all too quickly falls prey to the trappings of his new lifestyle.  I Love You depicts the protagonist’s spiral out of control and the power of love that saves him.  “It’s a powerful story,” Colombo says, “I was drawn to the message — in the end, love remains.”

The screenplay for the film was developed by Heather Lashaway and Victoria Rowell.   Rowell, best known for her roles on the daytime drama The Young and the Restless and the CBS drama Diagnosis: Murder, also plays James’s concerned mother, Barbara Mutch.   Other notable members of the cast include the film’s writer and co-producer, James G. Love, as well as Brandon Byrd, Glenn Ratcliffe, Amy Lawhorn, Jilissa Lynn, Tommy Nash, and Sean Michael Boozer.

I Love You will premiere Saturday, January 25, 2014, at Regal Cinemas at the popular venue L.A. Live.  For more information about the film or to schedule interviews, please contact: 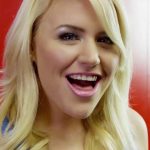 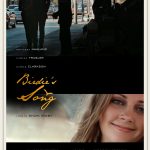