Having recently graduated from California State University, Fullerton, Alex devotes most of his time to learning as much as he can about the craft of filmmaking. Currently working as a production intern for Moai Films, Alex has been involved in various facets of filmmaking such as sound recording, gripping, and assisting camera to name a few. In addition, he has been involved in projects such as producing the student short film, Zahnfee, and directing his first short, With Neighbors Like These. Aside from films, he enjoys Jazz, Classical music, and the occasional good book. 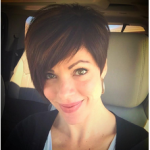 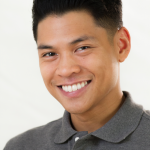